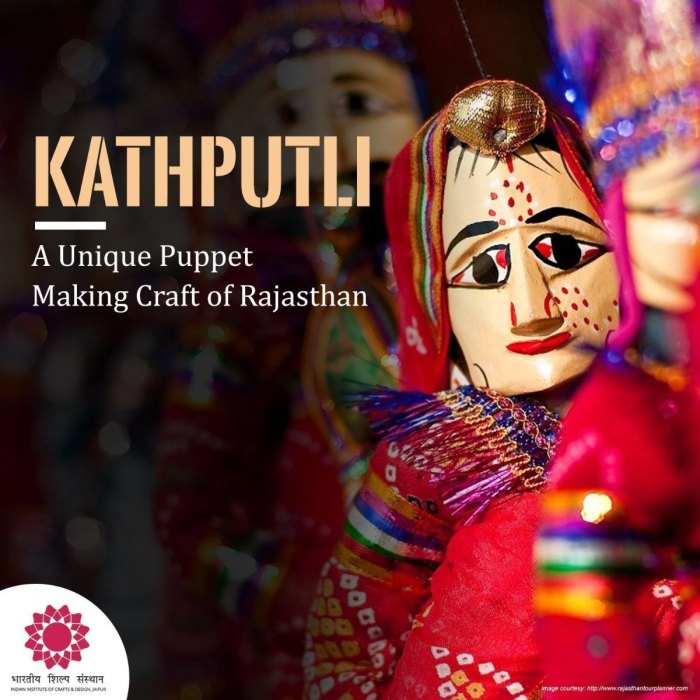 A puppeteer is one who prepares a script for the puppet show, then design its characters and provides them the desired quality and mechanism so as to be able to produce the desired character to its perfection!

Then attaches threads to the puppet at various parts and tie other end in his/her finger. And just with a little movement of one or both hand’s finger, palm and arm dexterity the puppet is live on stage! to perform its role as per his/her wishes!

We all are puppets in the hands of God and through the strings of body, mind and breathe. Iron oxidises and so the plant breathe, animals breathe and even water/stone too. With human being it is no different case the only difference that to get some work out of him done God provided hunger and senses and to become able to use the body to satiate hunger he provided mind too, due to ego it seems to human being that he/she is breathing, eating and thinking!
Enlightenment is recognising this reality that human being is controlled by these three things to perform an act or a role in a play on the stage of this cosmos or universe. Once this realisation sets in then immediately ego vanishes and human being attain to eternal freedom or enters the kingdom of God-as Jesus said.

It is a miracle because the neonatal has no previous experience of it, as he/she is so one with the mother that this separation itself is a great shock for newly born, who is living a carefree life till date one with the mother. So is with the last breath, it is not exhaled but taken back in normal routine by God, as role of that very puppet is over now.

So, neighter we inhale first breathe, nor we can control it. So is with last breath. What we are able to do is only inhaling and exhaling in a very short spectrum of breathe, but we term it as “I” and the ‘ego’ starts breathing. When first is by God and last is taken too by God then how come we are taking in between them? So, actually the God himself is breathing in you and all systems like heart, mind, digestion, excretion etc are happening. Even an idea in our mind is given by God himself so that you can convert it into a material form, but the Ego. What thought cannot do for itself that job is assigned to the mind, so that hunger developed in stomach can be satiated, then again digestion is automatic process. It is the hunger that gives us idea to study a particular subject etc etc.

Here happens the greatest blunder because the ‘ego’ which actually is not, but seems to exists and it becomes so real that we go on adding layer upon layer to strenghten it but everytime we end up trying to add another layer till end of life. Then frustration arises that even our all out effort there is no peace inside, something is lacking everytime. When a person die, actually for body there is nothing like death, the ‘Ego’ dies and the fear is due to even our all out effort we are unable to save it.

Sometimes we see a rope in the dark and for fear of snake we start running and may possible that we met with an accident too and our hands/legs may got fractured or abrasion etc. Later when we come to know that it was rope only, and not the snake but our fracture or abrasion is there to declare that it was real snake!

So is with ego, it exists not but it’s effects are so real. Just because the mind enjoys its company. In meditation we try to clamdown this mind so that we come to know the real i.e. rope as rope, and not the snake because all problems are created due to this illusion.

We all are created to utmost perfection by the God and for a purpose but we cannot know our real purpose because the world that can be sensed by us, is itself very limited, so just surrender each and every act to God’s will as Jesus said, “Thy shall be done.” And you have attained your pourpse of life, simple.

An enlightened being is one who has attained this Godliness during this lifetime, and so he/she is able to go beyond body, mind and use them as a tool. Zen monks even manage to take their last breath as per their wish by declaring it before!

Below is a link of puppet show video. While watching it try to remain one with the puppeteer instead of puppets movement. This is witnessing. To be able to see the hands behind all these acts, acts of God. Witnessing our own body as a puppet, is witnessing awareness.

A puppeteer plays/live the role of the puppet(s) he is controlling at a time during the show, then only it leaves impression on watchers of the show. So lives an enlightened person too. By ‘surati’ Kabir reminds us that play the role(s) of puppet totally in this grand play of existence but keep in mind too that you are the puppeteer too and was a puppeteer before the show and after the show too, only for this show you have to act as puppet.

Osho said -in Ek Omkar Satnam-“If we gather views of all existing so called religions then only it will become a real religion worth following.” He did his best by incorporating examples from all mystics and scriptures. Formation of a Pearl is very similar to process of enlightenment of a person. Osho’s awareness meditation made all the difference in my life like a bivalve do for a drop of water. हंसा तो मोती चुगे। View all posts by Joshuto

This site uses Akismet to reduce spam. Learn how your comment data is processed.